I do manual tests before I commit, I write unit tests as I write my code. Lately, I’ve also been getting into writing UI tests.

One critique of UI testing is how messy and brittle it can be. Building the tests can be complicated. You might spend hours on a test just for a design to change that breaks the test and ruins all your hard work.

So, I want to tell you about some problems you might face in keeping your UI tests clean and readable, and how we can leverage Swift for this endeavour.

I’ll walk you through my approach to UI testing with everyone’s favorite example project - a To-Do list app. I know, boring, right? Well, it works perfectly for the examples we’ll be looking at, so… 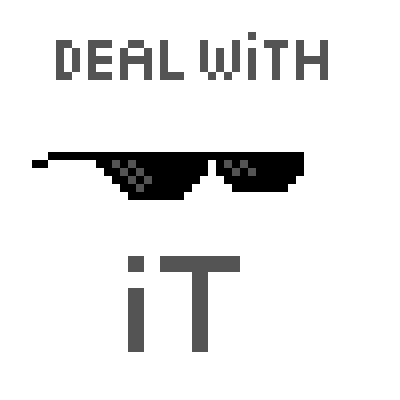 You can download the example project here. It’s a simple app that allows us to create, edit, and delete a to-do.

UI testing in Xcode is easy. Click inside the body of an empty UI test, click the Record button, and you’re up and running.

Let’s start off by recording a UI test to add a new to-do.

That was easy! And it sure did create a lot of code. That must be good, right?

I’ll be honest, most of that is unreadable to me. Run the test, and you’ll see it doesn’t work, either. It completely missed the name of the to-do that we typed in, and the interaction with the date pickers doesn’t work either.

It’s clear that this approach won’t work for a large suite of UI tests. It’s a good learning experience to figure out what XCTest has to offer, but code like that shouldn’t be part of your code base.

Not as easy as we thought

There are clearly some problems with the recording approach to UI testing.

There’s no code reuse when recording your tests. You can’t build any meaningful abstractions, or create helper functions that make the code easier to maintain and understand.

You won’t be able to figure out what’s going on in your tests a month from now. Enough said.

There are many ways to improve the code that we got from recording a test, but since we’re using Swift, why not make use of protocol-oriented programming?

We’ll attempt to tackle the three problems of setup, reusability, and readability by using three families of protocols.

Remember the example of tests that start on the Edit screen of our to-do app, or a test that needs the user to be signed in?

When we need to specify where the test should start, we’ll create a -Starting protocol to carry that setup code. For instance, EditScreenStarting. By conforming to this protocol, we declare that a particular test case starts on the Edit screen. Anyone looking at the protocol conformances of the test case knows exactly what screen will be tested.

Recording your tests can spit out some complicated code that you’d need to copy-paste everywhere you want to perform the same action.

If we want to tap on a to-do named Buy Groceries, we’ll need to do something like this:

It requires knowledge that the list of to-dos is a table view with cells that contain a label with the title. It’s not that complicated, but if the structure of your app changes and you have this code copy-pasted throughout your test suite, you’re gonna have a bad time.

Tapping on the Plus button in the navigation bar should take you to the Add To-Do screen. This is how we can verify that the user is indeed on the Add screen:

It does the job, but it’s not very clear what ‘the job’ is. Rather than seeing that everywhere we want to verify that we’re on the Add screen, we’ll just put it into a AddScreenVerifying protocol instead.

When we want to verify that we’re on the Add screen, we can just do something like XCTAssert(addScreenIsShowing()). Any file that wants to test aspects of the Add screen will have to conform to the AddScreenVerifying protocol, making it clear what the test is actually testing.

We’ll dive straight in and test the deleting of a to-do. Here’s the completed test running:

In the test, we delete a to-do titled ‘Go to Gym’. To delete the to-do, and verify that it was deleted, you need to perform these steps:

Great, with that item deleted, I’ll finally have time for some Netflix! Here’s what the test class looks like:

Body of the test

Most of the magic is being done by protocols, so the actual test is very light: only four lines.

Let’s walk through it:

First, we need a handle on the delete button of the View To-do screen. To access a UI element from the tests, you generally use its accessibilityIdentifier property.

Using the accessibilityIdentifier is something that recording your tests won’t do. If you have a ‘Submit’ button for a form, then recorded tests will look for a button titled ‘Submit’. If the button title changes, the tests will fail. Using the accessibilityIdentifier is a way to get a handle on the button even if something like its title changes.

To find the delete button, we just look for a button with the Accessibility.View.DeleteButton identifier. I’ve created an Accessibility enum to hold the identifiers for our elements. It looks like this:

This enum is a member of the UI Testing target as well as the app target, and the DeleteButton identifier is set on the the actual delete button in the app, in the ViewController for the View To-do screen:

2. Tapping on the button

Now that we have a handle on the delete button, tap it.

This is the same as physically tapping the delete button on the View To-do screen.

3. Verify that the View screen is dismissed

Now that the delete button has been tapped, the View To-do screen should pop and navigate back to the main screen. What do you think this line does?

We’re asserting that the View To-do screen is not showing for the to-do that we’re testing. It reads quite well, doesn’t it?

viewTodoScreenIsShowing is defined in the ViewTodoScreenVerifying protocol to which this class conforms.

To see if we’re on the View To-do screen, we look for a couple of known elements on that screen. There should be a label titled ‘Is Scheduled For:’, and a label with the title of the to-do. If the composition of the View To-do screen changes, we only need to update the body of this function.

4. Verify that the to-do is deleted

In the previous step, we verified that we’re no longer on the View To-do screen. Next, we need to make sure that the deleted to-do doesn’t exist any more.

We’re looking for a to-do with the same title as the one we’re testing with todo(titled: titleOfTodoForTest).

This test needs to interact with an element on the list of to-dos from the main screen, so we conform to TodoListInteracting to make use of this function.

todo(titled:) is a convenience function to make the task of finding a to-do a little bit easier and more readable:

waitForExistence gives the app some time to wait and see if the element comes into existence. We’re navigating back to the main screen from the View To-do screen, so we want to wait a bit to make sure that the navigation has completed to verify that the to-do doesn’t exist anymore.

All together now: todo(titled: titleOfTodoForTest).waitForExistence(timeout: 1) will wait 1 second, and return false if the to-do does not exist.

I’ve established that the test starts on the View To-Do screen. How did we get there in the first place?

Let’s take another look at the protocol conformance of ViewTodoTests.

The magic happens inside startViewScreen.

First, we launch the app with XCUIApplication().launch(). In a UI test, the test starts with the app closed.

ViewScreenStarting also conforms to TodoListInteracting, so it can use the todo(titled:) function that we used in the body of our test. We need a to-do to open, so ViewScreenStarting has a titleOfTodoForTest property that the test case provides. Inside ViewTodoTests, we set the title of the to-do that we’re testing:

Now startViewScreen will know which to-do item to tap.

In turn, we have a base test class that will call configureStartup:

When one of the tests from ViewTodoTests start, the setUp method in UITestCase will run the necessary startup work.

Tying it all together

To summarise the ViewTodoTests class:

It is a subclass of UITestCase, which allows it to run any setup code specified by conformance to the StartupConfigurable protocol. Tests will start on the View To-do screen, because it conforms to ViewScreenStarting. The boilerplate of the test is cleaned up by ViewTodoScreenVerifying and TodoListInteracting.

It can be a lot to take in, but through this approach, we gain a very simple and easy to read test:

What else can we do?

For tests on the Edit screen, you need to navigate to the View screen and then tap the edit button. You could create an EditScreenStarting protocol that inherits its functionality from ViewScreenStarting:

-Starting protocols can cascade - in this example, EditScreenStarting builds off of ViewScreenStarting. You can very easily write tests for a deep and complex ViewController hierarchy in this manner.

This does a lot to simplify the setup of tests. Combined with the -Verifying and -Interacting protocols, building UI tests is like working with building blocks - just combine the protocols you want, and the tests are easy!

What do you think of this approach? It’s definitely a work in progress, but I’ve found it to be useful in my tests. I don’t put everything into a protocol, but rather just the repetitive boilerplate, or repeated code that deserves a higher level of abstraction.

Do you have something to share? Please leave it in the comments below!

Lately, I’ve been taking advantage of Swift’s functional abilities where it makes sense to help me write concise and clear code that’s easy to test. I’d like...